There is something called the just world hypothesis, which is a theory behind the phenomenon of victim blaming. Individuals who have a strong belief in a just world can have this belief challenged when they encounter a victim of random misfortune. The individual wants to believe that the world is a safe, just place where people get what they deserve and deserve what they get. This means that people will try either to eliminate the suffering of the victim or, when that’s not possible, blame him for his fate — in other words, say that he deserved it. That is why women were once told not to wear revealing clothing, on the basis that it would provoke men to assault them. This was insulting not only because it denied the rights of the women, but because it treated men as lacking self-control.

When people call cyclists crazy for not using a lid or avoiding cycle paths they are saying: here are things you can do to avoid being injured by irresponsible behaviour of drivers, but if you don’t do them, it’s partly your own fault if one of them hits you and you sustain injury. It’s insulting to the cyclists and it’s insulting to drivers in assuming them incapable of taking due care.

Empathy plays a large part in reducing the tendency to blame the victim, as does perception of status: if we can easily imagine ourselves in the same situation, or admire/envy the life of the victim, then we are less likely to apportion responsibility to him.

And what does this tell us? It tells us that the more cyclists who use paths and wear helmets, the less sympathy those of us who don’t can expect to find from those we might assume would identify with us; and we can expect very little at all from people who don’t cycle. Research from the Transport Research Laboratory has already suggested that drivers see cyclists as being outside their peer group, as being “not them”. Drivers who do not also cycle are prime candidates for victim blaming mentality. Lewis Hamilton might gain their sympathy if he were knocked off by an unwary driver, or the Stig, but the average cycle commuter doesn’t have quite the same kudos for the man in the street. 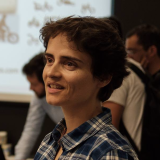